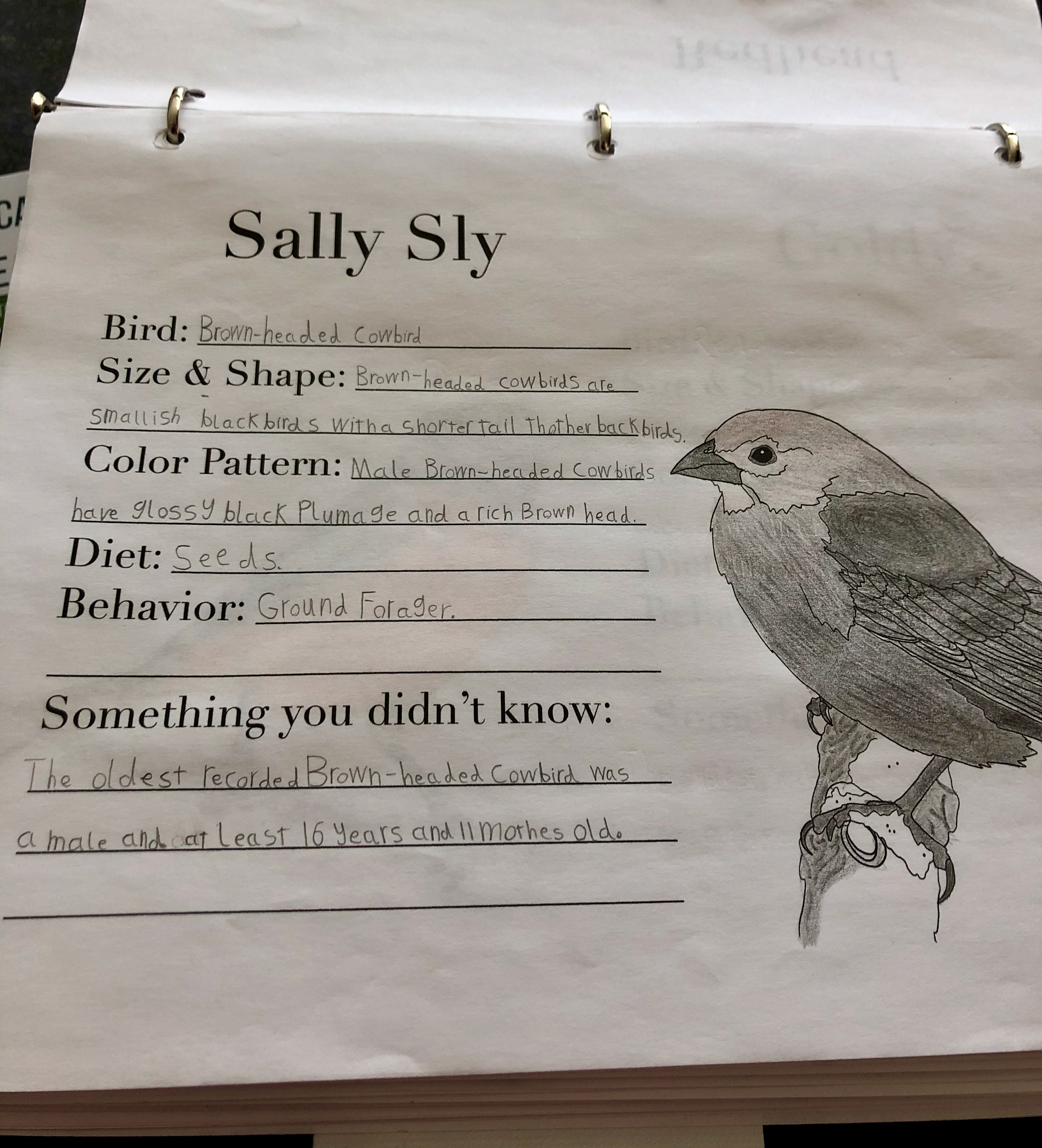 Spring Forward, a Pleasure to Hear

Springing forward isn’t always the easiest or nicest of events on the calendar, but one thing I really enjoyed this morning is that I was able to hear the birds wake with the dawn and chorus their calls to each other again. I sat reading on the couch in our front room, the Snuggle, and smiled to myself as I tried to identify who was calling so early. I feel the anticipation that Peter Rabbit must have felt about all of his favorite neighbors returning in the Spring from the sunny South. We are in for a treat very soon!

Our next Burgess Bird isn’t necessarily one that you can’t wait to spot, but let’s see what we can glean from the Burgess Bird Book and allaboutbirds.org to make us more eager to see them this Spring. You’ll see what we gathered from these resources in the picture above.

Oh dear, but wait, as we happen upon Jenny Wren and Peter Rabbit, Sally Sly doesn’t seem to be getting very much good publicity. There are certainly many ruffled feathers after it is found that she plopped her egg into Mrs. Chebec’s nest. Jenny Wren scolded to Peter, “She laid that egg in Chebec’s nest because she is too lazy to build a nest of her own and too selfish to take care of her own children.” Allaboutbirds adds that the cowbird is “North America’s most common brood-parasite.” “Females forgo building nests and instead put all their energy into producing eggs, sometimes more than three dozen a summer. These they lay in the nest of other birds, abandoning their young to foster parents, usually at the expense of at least some of the host’s own chicks.” Not only are cowbirds bigger, requiring more food, they also most often hatch a little earlier than the other chicks requiring the parents’ attention.

We also heard about another Cowbird in one of our other Natural History books, Among the Forest People by Clara D. Pierson:

““And who is that bird just laying an egg in her nest above us?” (Mr. Red Squirrel asked)

“Speak softly, please. That is Cowbird, and it is not her nest. You will get into trouble if you talk such things aloud. She can’t help it. She has to lay her eggs in other birds’ nests, but they don’t like it.” (Gray Squirrel responded)”

So it’s safe to say that this brown-headed blackbird is not the most popular, but maybe the next bird we learn about will be. Find out next time!

Until then, keep on birding! <3 Kate

For our Burgess Bird Coloring and Writing Pages, check here!