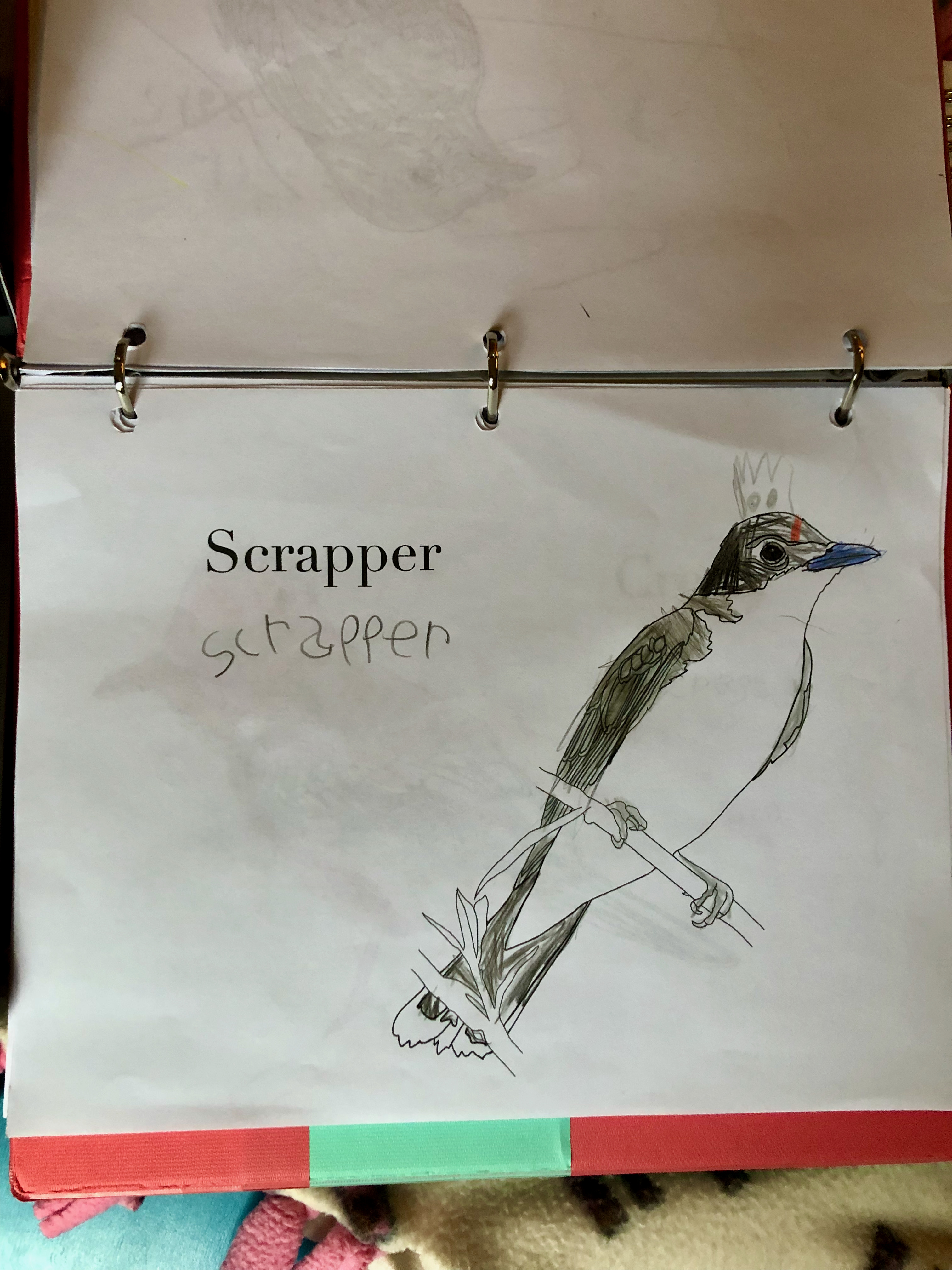 Tough name, right? Scrapper is the Eastern Kingbird in Thornton W. Burgess’ “Burgess Bird Book.” So why is the Kingbird called Scrapper? It seems that they are always looking for a fight with bigger birds who try to prey on smaller birds. Hear how Burgess describes this fellow:

A white-throated, white-breasted bird, having a black cap and back, and a broad white band across the end of his tail, was darting at Redtail as if he meant to pull out every feather in the latter’s coat.

He was just a little smaller than Welcome Robin, and in comparison with him Redtail was a perfect giant. But this seemed to make no difference to Scrapper, for that is who it was. He wasn’t afraid, and he intended that everybody should know it, especially Redtail. It is because of his fearlessness that he is called Kingbird. All the time he was screaming at the top of his lungs, calling Redtail a robber and every other bad name he could think of. All the other birds joined in calling Redtail bad names. But none, not even Bully the English Sparrow, was brave enough to join him in attacking big Redtail.

The Redtail fellow Burgess is speaking of is a Red-tailed Hawk. The Kingbird is a mobber, a behavior characterized by swooping and darting at bigger birds to drive them away. They are also Flycatchers and love to perch in wait for insects.

Here are the other items we found from our resources:

Size & Shape: The Eastern Kingbird is a sturdy songbird.

Something you didn’t know: In the Winter the Eastern Kingbird eats fruit.

For our Burgess Bird Writing and Coloring Pages, check here: