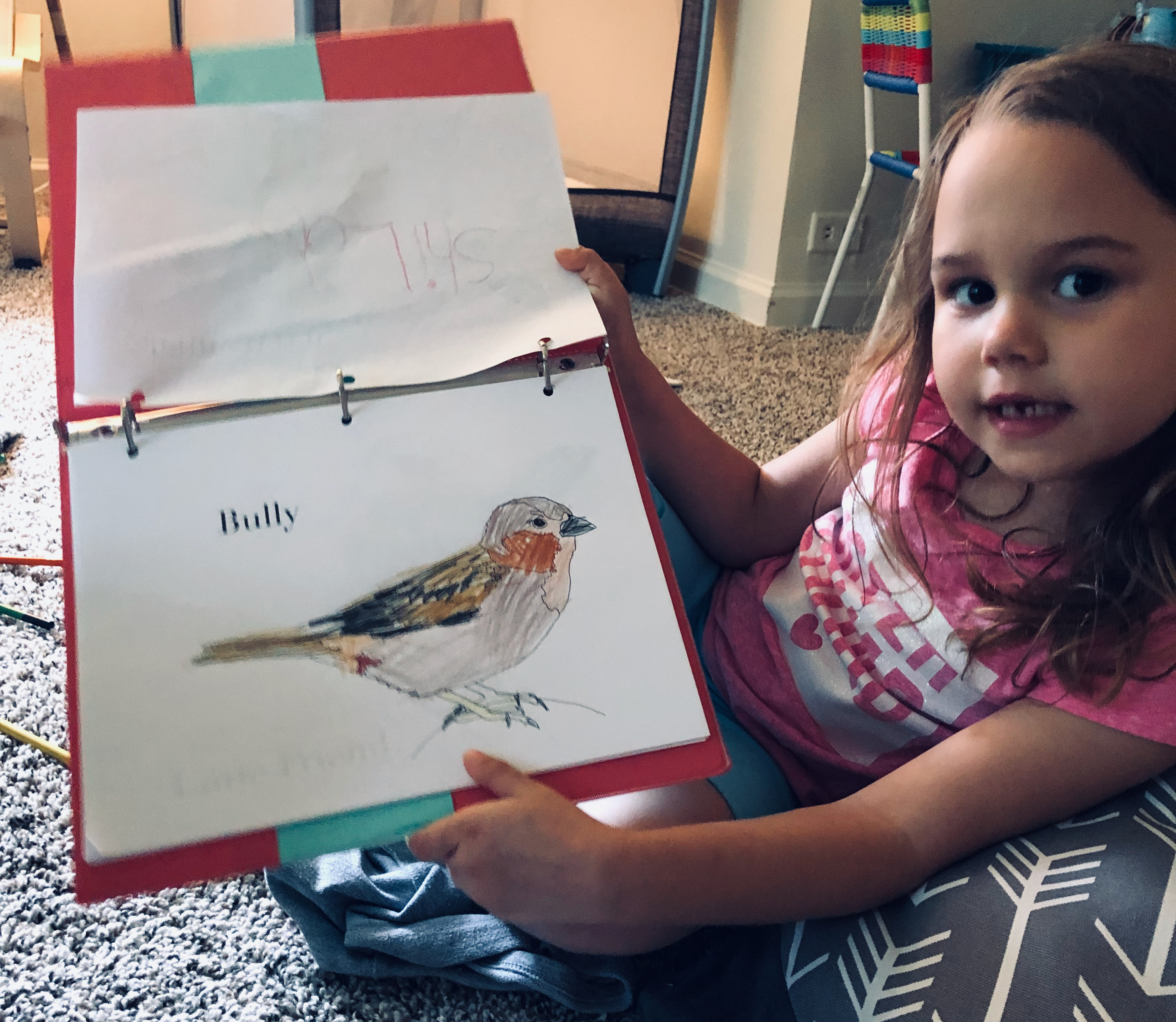 I almost titled this blog post “Bully,” but I realized that may be a bit misleading. What an interesting name for Burgess to name the little house sparrows that we see so often.

If you look at a range map for the House Sparrow, you’ll see that they reside in 49 of the 50 states year round. That is why they are in the lexicon of non-bird-watchers; most people will know what type of bird you are speaking about when you mention house sparrows. According to allaboutbirds.org, they were introduced to the United States in 1851, into Brooklyn, New York. In 50 years, they had spread to the Rocky Mountains and continued to spread further. They thrive everywhere because they have become the companions of people, being able to settle in towns, actually preferring to nest in the eaves and pockets of houses and buildings.

Anna Comstock gives a more thorough history of this introduction into the US:

The introduction of the English sparrow into America is one of the greatest arguments possible in favor of nature-study… people had a theory that it was an insect eater, but never took the pains to ascertain if this theory were a fact. About 1850, some people with more zeal than wisdom introduced these birds into New York, and for twenty years afterwards there were other importations of the sparrows. In twenty years more, people discovered that they had taken great pains to establish in our country one of the worst nuisances in all Europe.

Why call this little bird “Bully” then? Burgess details in Chapter 2 of his “Burgess Bird Book” that a pair of House Sparrows, Bully and his wife, had taken over Jenny Wren’s previous nest. When she returned from migrating for the winter, she found that they had taken it over and tried to get it back by scolding them with all her might. Bully and his wife were described as birds looking for a fight and Jenny Wren quickly realized the fight wasn’t worth it to her.

It’s interesting to read about House Sparrows’ behavior and the striking thing to me is that they learn about dominance and submission from living in groups. If you have a bird feeder in your backyard, you may realize that these aren’t solitary birds but instead always come in a group. They squabble and hop around as they eat, making it interesting to linger awhile longer and watch their behavior as they feed. Just like human families, the dominance, submission, and squabbling can be overwhelming and very off-putting to outsiders. Other bird species can be bullied and overwhelmed as a result.

We really enjoyed reading about Bully in “The Burgess Bird Book” this past week and studying a bit more about House Sparrows. Our favorite identifying takeaways for the field are their tendency to come in a crowd, the breeding males’ white cheeks, black bib, and rufous neck, and their size relative to other sparrows. I’m excited as we start on some other kinds of sparrows and see the similarities and differences between them.

These are the things that we found particular to House Sparrows using allaboutbirds and our Burgess read aloud:

Size & Shape: House Sparrows are chunkier, fuller in the chest.

Behavior: House Sparrows are noisy sparrows that flutter down from eaves.

Something you didn’t know: House Sparrows throw soil and dust on themselves to take a dust bath.

What did you find out about Bully? Leave us a comment below!

If you’re interested in studying along with us, you can find our favorite edition from Living Book Press. Our Coloring and Writing Pages can be found in the shop!

Some of the links above contain affiliate links, so I may receive a small payment if you make a purchase, at no additional cost to you.